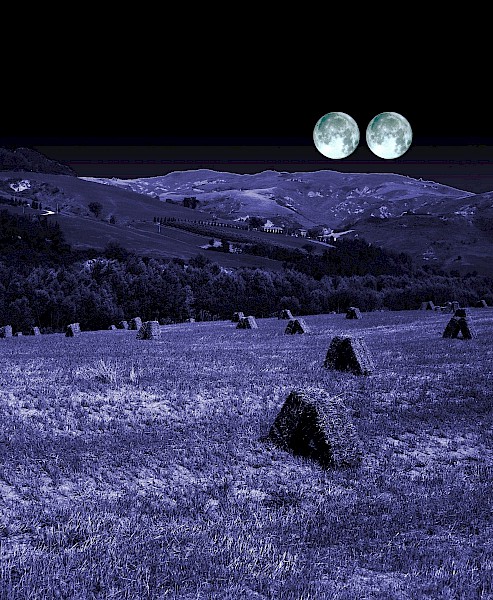 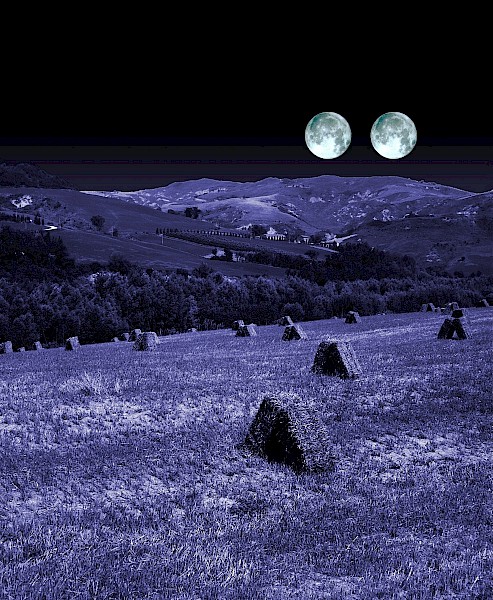 The moon looks bigger when it is on the horizon than it does when it is high in the sky. The moon often looks huge as it begins to peek up over the horizon, but hours later as you glance up into the night sky you will note that it now appears much smaller. While this so-called ‘moon illusion’ is well known through human history and culture, researchers are still debating explanations for why it happens.

According to this possible explanation for the moon illusion, depth perception plays an important role in how we see the moon at the horizon versus high in the sky. This theory is centered on the idea that when you view the moon at the horizon, you are seeing it in the presence of depth cues such as trees, mountains, and other scenery. When the moon has moved higher into the sky, those depth cues disappear.

There’s another explanation which focuses instead on the visual angle of the moon in comparison to surrounding objects. When the moon is on the horizon and surrounded by smaller objects, it appears larger. At its zenith, the moon appears much smaller because it is surrounded by the large expanse of the sky.

While these are just two of the most prominent theories, there have been many different explanations proposed over the years and no true consensus exists.

The accompanying stereogram is the best that the illusion research has yielded so far. It illustrates an experiment that L. Kaufman and J. Kaufman described in PNAS in 2000. On a beautiful morning, the Kaufmans brought five test subjects together on a hilltop near New York. They had to look at the horizon through a glass plate while two moons were projected onto that plate twice. With some practice in stereoscopic viewing, the four moons manage to slide together optically until you see only two. Then they made the left moon of the right set crawl away from his partner in small steps. In the stereo image, it seemed to come forward and, moreover, to become smaller. If you increased the distance sufficiently, then in the long run the virtual distance from the left moon to the observer halved.
2