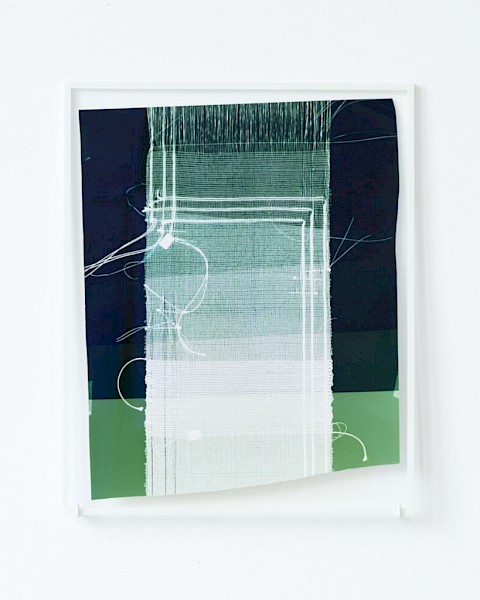 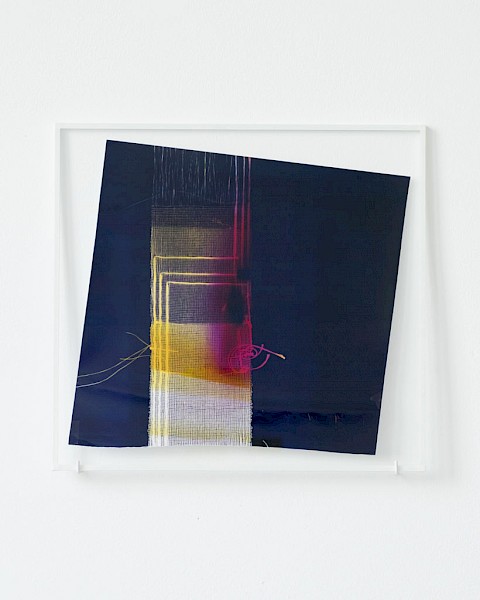 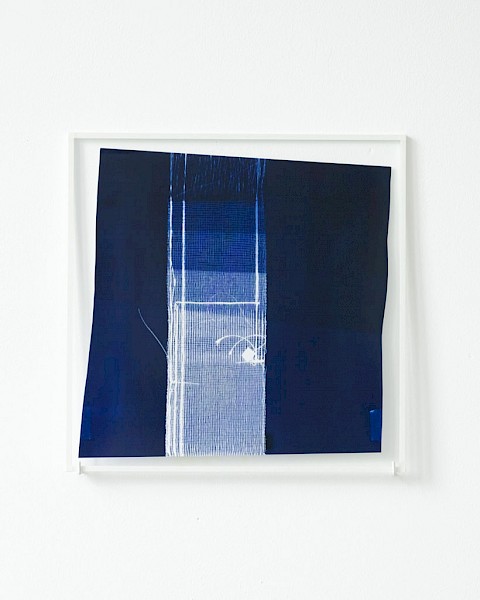 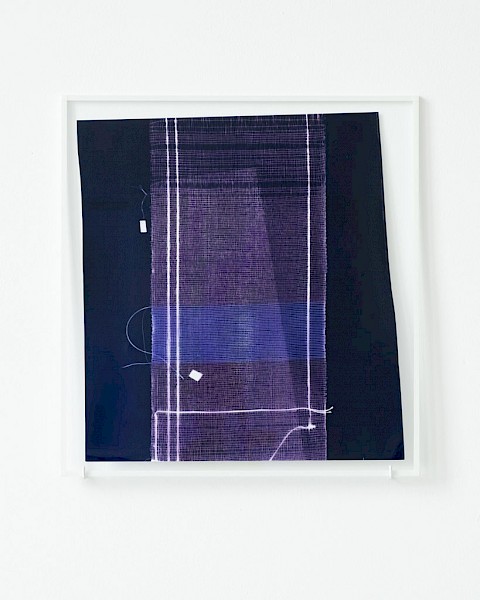 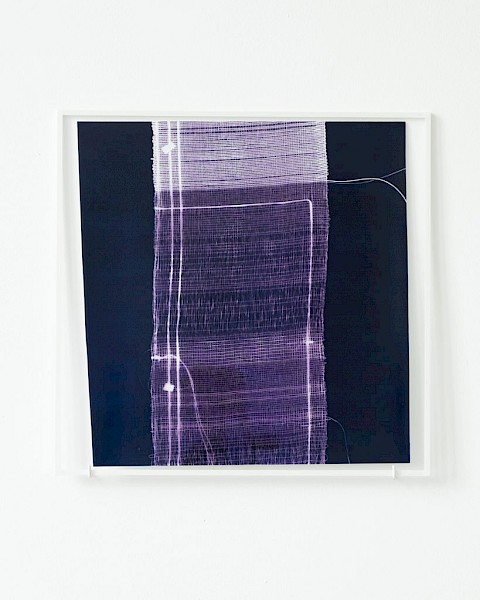 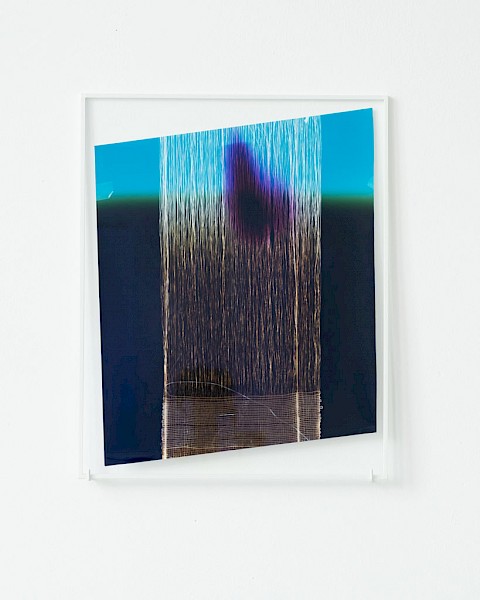 While reading on the history of textiles, the artist came across a small reproduction of a ‘liar’s cloth’ from the late 19th century made by the Ashanti (Ashanti Empire 1701–1957, present-day southern Ghana). The liar’s cloth is said to have been worn by the king when holding court, ‘to confute people of doubtful veracity’. One researcher was told that the shifting lines represented ‘the liar’s speech’, changing course, telling one thing, than the other. The historical cloth has led the artist to try and figure out how a lie is produced, and perhaps enact this lie.

In a sense, the weaving itself is ‘lying’, for the movement of the three grey lines is, despite its deceptive simplicity, a technical impossibility. She eventually chose to weave with reflective, conductive and aramide threads. Common applications of these include Faraday and electromagnetic shielding, radio frequency antennas, impenetrable fabrics and safety wear.
5

Gwenneth Boelens
The work of Gwenneth Boelens revolves around the analysis of the gaze. That which can be perceived or remembered, is detached from its common context and translated into spatial, photographic and filmic installations. Her work often focuses on the connection between logic and subjectivity, observation and inner thought processes.