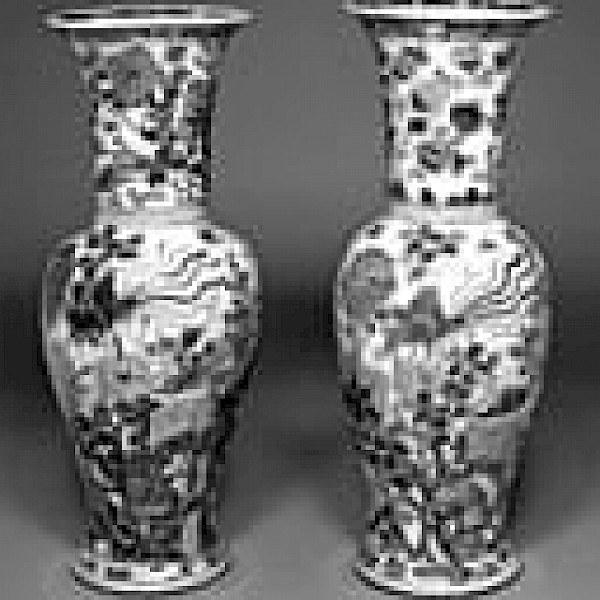 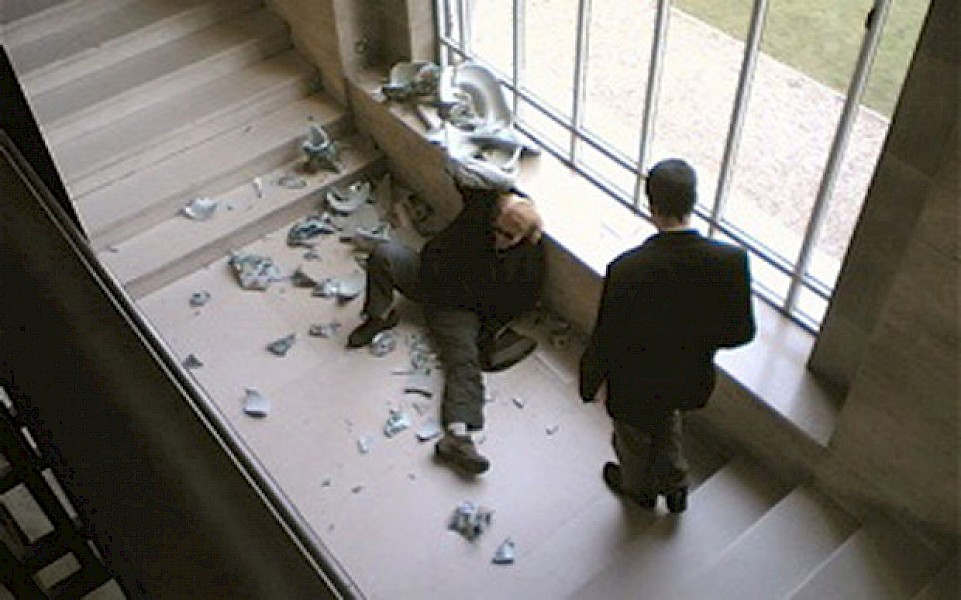 Inspired by a post from @_installator_ I was brought (back) on the track of this highly trivial newsfact from 2006, that I vaguely remembered. An Act?

The unfortunate individual whose tumble down a museum staircase left three hugely valuable Chinese vases in pieces has attributed the accident to a "Norman Wisdom moment". Nick Flynn was visiting the Fitzwilliam museum in Cambridge when a loose shoelace, a lack of handrails and a bit of bad luck brought about the destruction of the Qing dynasty vases, thought to be worth £100,000 in total. Although the museum did not name the 42-year-old, he was tracked down by a Sunday newspaper and asked to recall the events of that fateful Wednesday afternoon.

Mr Flynn, of Fowlmere, Cambridgeshire, said disaster struck after he realised he had gone up the wrong staircase and swung around to come down. He trod on his untied shoelace and fell forward. "I was trying to grab hold of something but the walls were smooth marble and I couldn't stop myself."
.
An instant later, Mr Flynn's 6ft, 13st frame was hurtling towards the first of the vases, all of which were displayed on a windowsill. "Although [I knew] the vase would break I didn't imagine it would be loose and crash into the other two," he said. "I'm sure I only hit the first one and that must have flown across the windowsill and hit the next one, which then hit the other, like a set of dominos.” "I can say with my hand on my heart that it was not deliberate ... it was just one of those unbelievably unlucky things that can sometimes happen. The vases smashed by Mr Flynn date from the latter years of the reign of the Kangxi emperor (1662-1722) and are painted in enamels with traces of gilding.
.
Three months later, the Guardian reports: ”A 42-year-old man has been arrested on suspicion of criminal damage in connection with an incident at the Fitzwilliam museum in Cambridge on January 25," a police spokesman said.
.
0