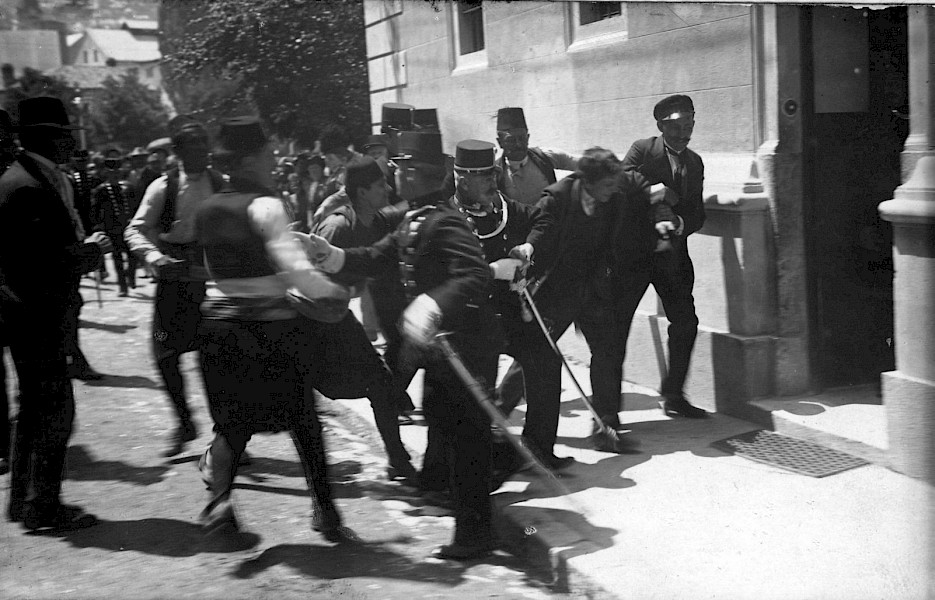 Popular historiography is marked by a great deal of projected interpretation. For example, by retrospectively ascribing a relatively minor incident with a decisive meaning for the course of history. Thus, the murder of Franz Ferdinand, Crown Prince of Austria-Hungary, by the Serbian nationalist Gavrilo Princip would have been the spark that started World War I. Although the killing by Princip and his accomplices seemed to have been carefully planned, several earlier attempts had failed. Only after Princip abandoned his plan, he suddenly came face to face with the Archduke’s car that had taken a wrong turn. Without second thought, Princip fired his gun. In more than one respect, the only action photo of his arrest is a messy snapshot avant la lettre. It doesn’t seem to have any kind of relation to the monumental importance ascribed to this event. Is it thinkable that World War I would not have happend, had chance played a different tune?
0