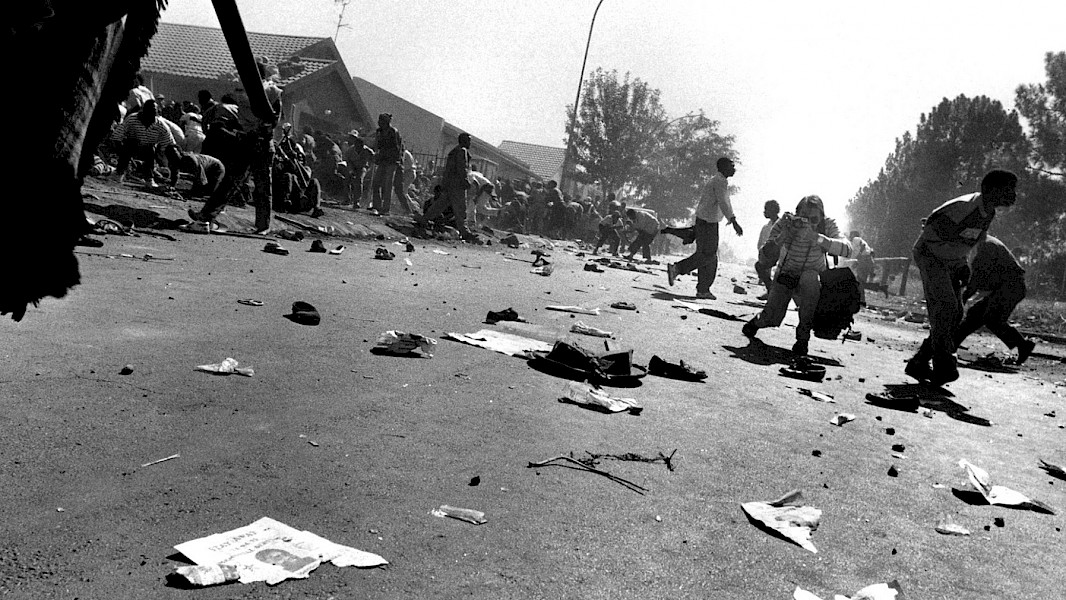 This snapshot by photojournalist Ken Oosterbroek, made in South Africa during the latter days of the Apartheid regime, does for a moment obliterate the eternal image of Nelson Mandela. But what is less known is that the transitory phase went hand in hand with extreme violations, committed by rival factions. In the picture, we see Oosterbroek’s friend and colleague Kevin Carter of the Bang Bang Club (1990-1994); an association of four white photo-reporters active in the townships. During the 1994 elections, Oosterbroek was killed by friendly fi re of the UN peacekeeping force. Kevin Carter followed him three months later, committing suicide.
0