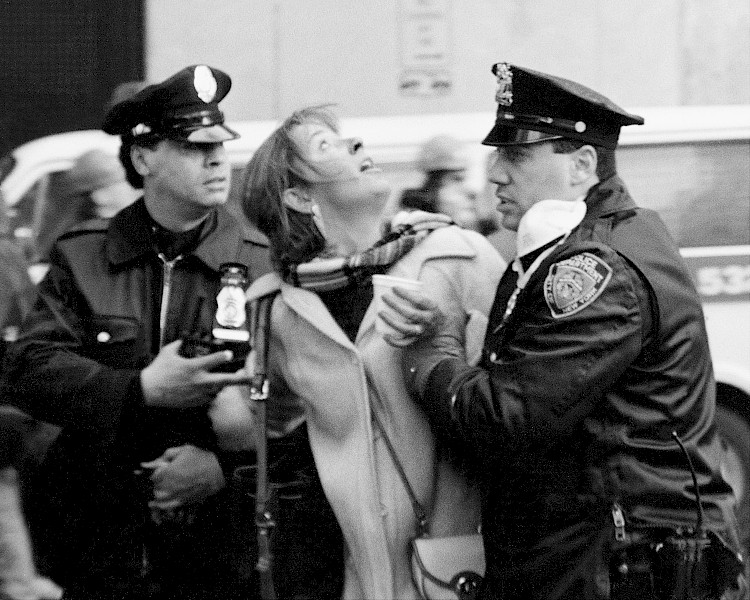 There are no images depicting the bomb attack on the World Trade Center in New York City on 26 February 1993, other than a few images showing the havoc. The suspects, muslim terrorists opposing U.S. support of Israel, planned to blow up the North Tower by placing a bomb in its garage, reckoning that it would take the South Tower with it in its downfall. The plan failed, but the havoc was enormous; six people died and nearly a thousand were injured. The woman in the photo seems to have a visionary look at the events to happen eight years later. As if she felt that history would soon repeat itself with an overwhelming blow. What makes her looking up?
0