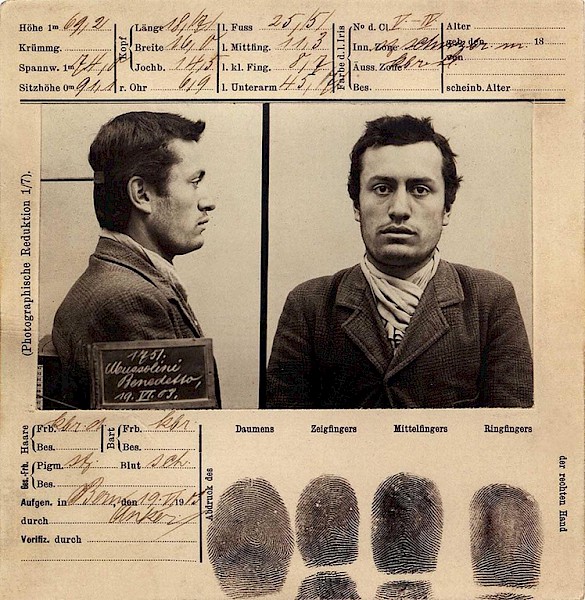 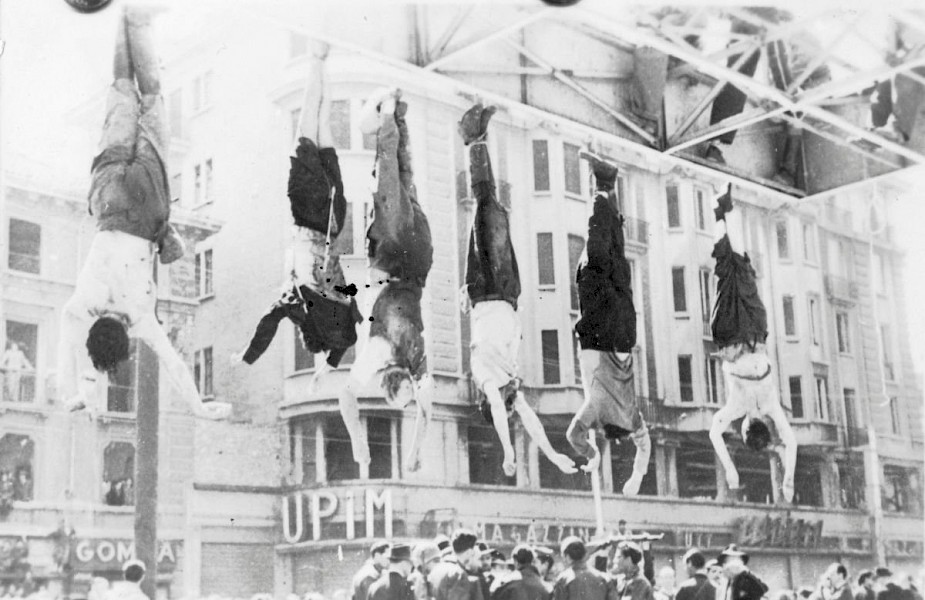 1) Young Benito Mussolini mugshot from when he was arrested by Swiss police for supporting a violent general strike in 1903. Mussolini, who became the fascist dictator of Italy, began his political career as an anti-militarist activist within the radical, Marxist wing of the Socialist Party of Italy (PSI). “For us the national flag is a rag to be planted on a dunghill. There are only two fatherlands in the world: that of the exploited and that of the exploiters”, he said in 1910.
2) The bodies of Mussolini and his mistress Petacci, who were executed by Partisans on 28 April 1945 were hung upside down in Milan.
.
Would former PVV member Joram van Klaveren have been so prominently in the news this past week if he had switched to the VVD or another middle party? Presumably not. Because if you exchange the VVD for the PVV, as Van Klaveren did in 2009, the opposite is also possible. But Van Klaveren went another way. He converted to Islam, which he had always fought with force as member of the Second Chamber.
.
“So I wasn't surprised by the conversion of Joram van Klaveren” says historian Rob Hartmans (in: VK 08/02). "A return to the moderate middle would have been more remarkable than a conversion to Islam." The misunderstanding that Van Klaveren made a radical turnaround is due to the assumption which situates every political colour somewhere on the horizontal axis between the extreme left and the extreme right. "But that model of thinking has become untenable." says Hartmans. 'In order to interpret a movement like that of Van Klaveren, we have to project it on the horseshoe model, where the political extremes are closer together than with the middle parties. ‘Les extremes se touchent’ as the French would say. “And where the extremes touch each other, you also see a deep contempt for bourgeois democracy," says Hartmans. “Radicalism accommodates people who do not like compromises and the room temperature in which democracy thrives (...). For them, politics is not an instrument for solving practical problems but an all-embracing system of meaning. The choice for one of the extremes is mainly a mentality issue”.
0