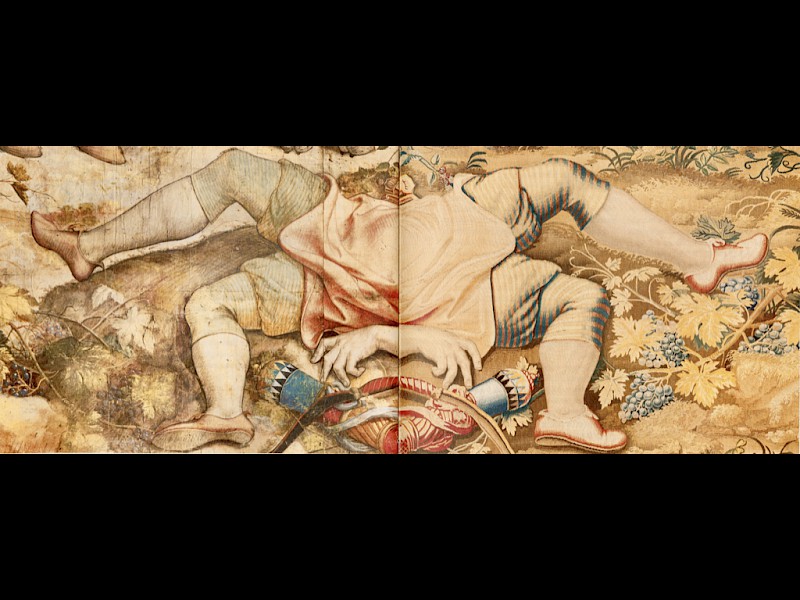 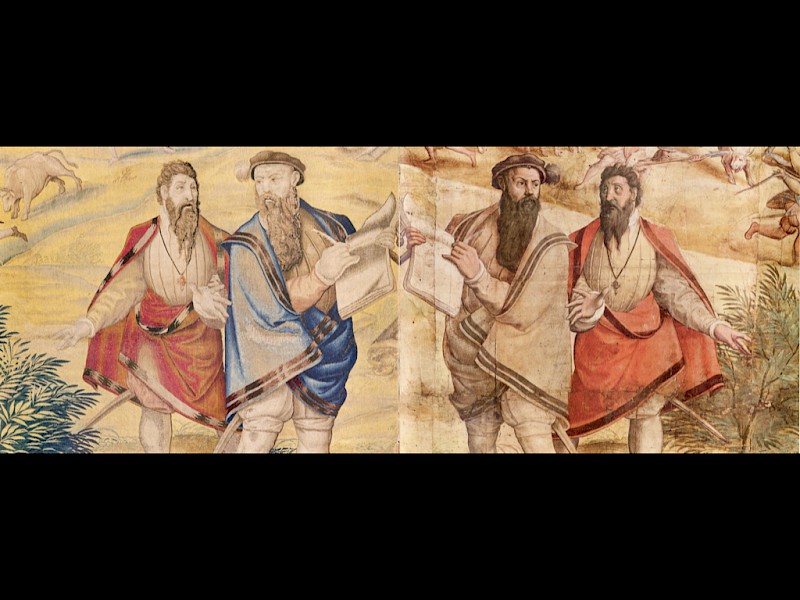 Van Brummelen & De Haan touch upon universal image-based issues such as: if two parties are fighting each other, how ambiguously would that translate into the image formation? How is good and evil distinguised visually? And what position should an embedded image maker take? Only a political one, or also a moral?

Van Brummelen & De Haan present historical footage in such a way that the viewer can easily jump from one perspective to the other (and back). In the 16 mm projection Friends, Foes and Hybrids, they are thematizing how in battles 'friends' of one party are disguised as 'foes' of the other party and infiltrate in that 'hybrid’ form in the enemy camp - with all its consequences.

The film diptych 'subi dura a rudibus’ departs from the same duality. It shows recordings of tapestries - in the double projection accompanied by their cartons (= the sketches for the weaver) and represent the conquest of Tunis, in 1535, by Charles V. The Dutch painter Jan Cornelisz Vermeijen traveled with Charles' troops as ‘embed avant la lettre’ and made sketches on the spot of the war between the allied European troops and a compound army of Turks, Arabs and Berbers. Because for the weaver the back of the carpet is the front, he designs the patterns in mirror image. Because of the interpretation of the weaver there are noteworthy differences between the representations of the patterns and the tapestries. It is impossible to say whether this is an aesthetic choice, a censorship in disguise or just a form of arbitrariness. The title, a Latin palindrome, means: 'I undergo harsh treatments by the uncivilized'. With the mirrored display, the synchronous edit and the reversed, parallel camera work Van Brummelen & De Haan created a symmetrical 'dialogue' in which dichotomies (left vs. right, original vs. copy, friend vs. enemy) seem to be abolished. The confusion is increased by the interchanging of positions after the 'cut'; the carton on the right and the carpet on the left - or the other way around.
0