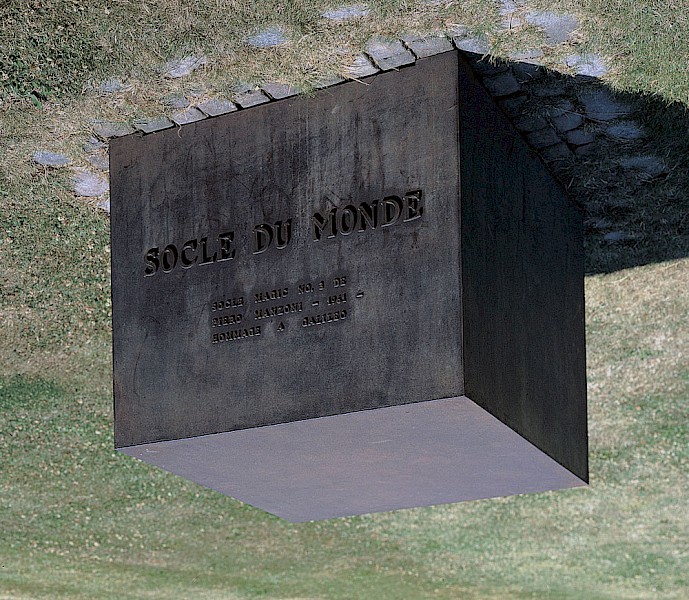 Le Socle du Monde, [Base of the World] is a sculpture by Piero Manzoni from 1961. It consists of an upside down iron plinth of 100cm x 100cm x 82cm, figuring the inscription: ‘Socle du monde. Socle magique n°3 de Piero Manzoni. 1961. Hommage à Galilée’.
.
The work was put in a park surrounding Herning in Denmark. In 2017 The Herning Museum of Contemporary Art [HEART] organised its seventh biënnale with the title Socle du Monde Biennale, a tribute to the Italian artist Piero Manzoni (1933-63), the provocateur whose epoch-making work Socle du Monde from 1961 lends its name to the Biennale. HEART owns the largest public collection of Manzoni works in the world, thanks to the initiative of Danish shirt manufacturer Aage Damgaard (1917-1991), who invited Danish and foreign artists to work on location. With a growing international collection, Damgaard decided to donate the collection to the new museum Herning Art Museum which opened in 1977. Detail: the inversion of ‘1961’ leads to the same number.
1