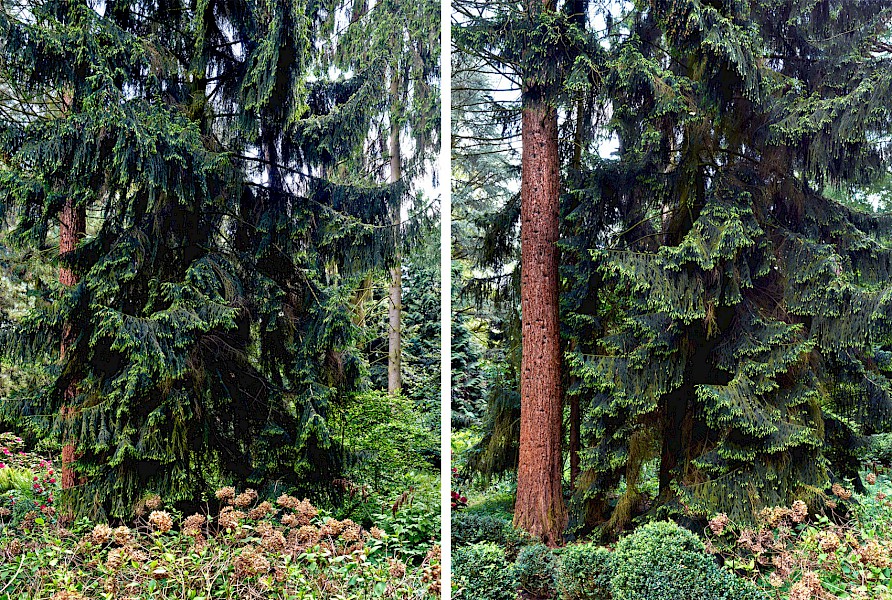 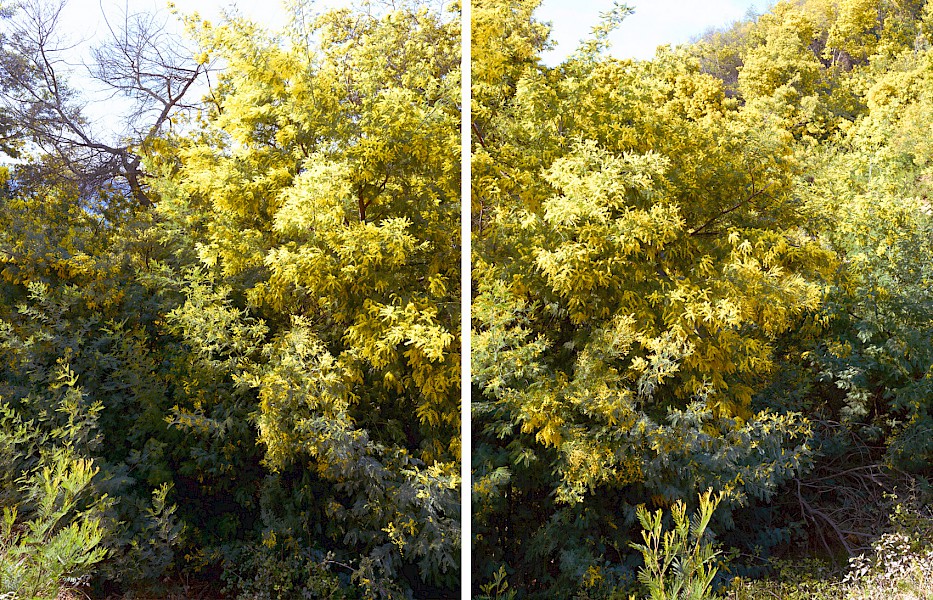 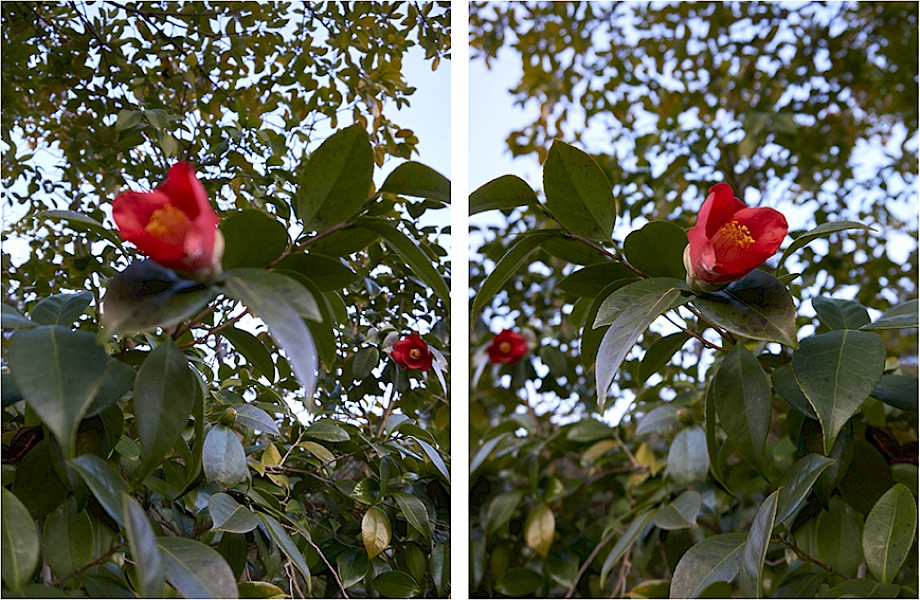 Shadow–Light–Reflection is an ongoing photographic series consisting of diptychs and quatychs. In this series photographic sequences are employed to reconstruct a landscape – for instance a cedar forest or a group of wild mimosa trees – from a multiplicity of viewpoints. Nature is not shown in an epic way, as a vista from a great distance. There are no horizons and the viewer is engulfed by an intermingling of branches, flowers and leaves. By using sequences unfolding in different directions, visual perception is challenged, conveying a sense of place to the viewer. Unlike the famous photo sequences of Muybridge – showing different temporal stages of movement as slices of time –, these photographic sequences, in reverse, create an arrangement of images as the extension of a single event in space. Here the position of the beholder no longer matches the viewpoint of the camera. The slightly different perspectives in each photograph create a ‘moving focus’ and stimulate the viewer to actively engage and imagine the landscape between and beyond the photographic frames.
0