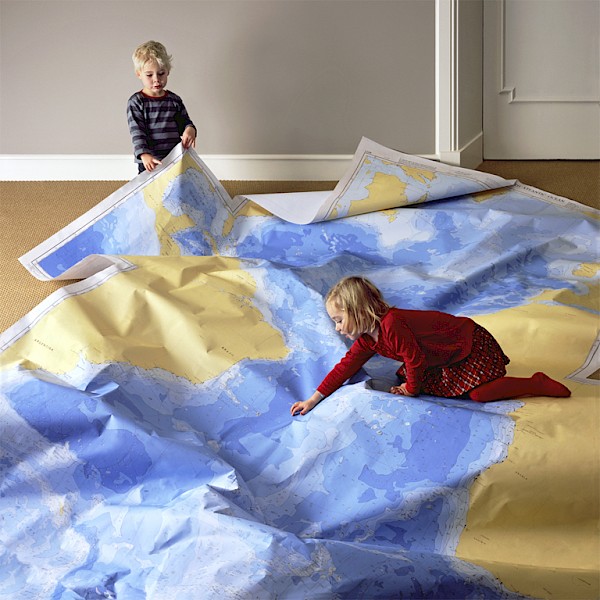 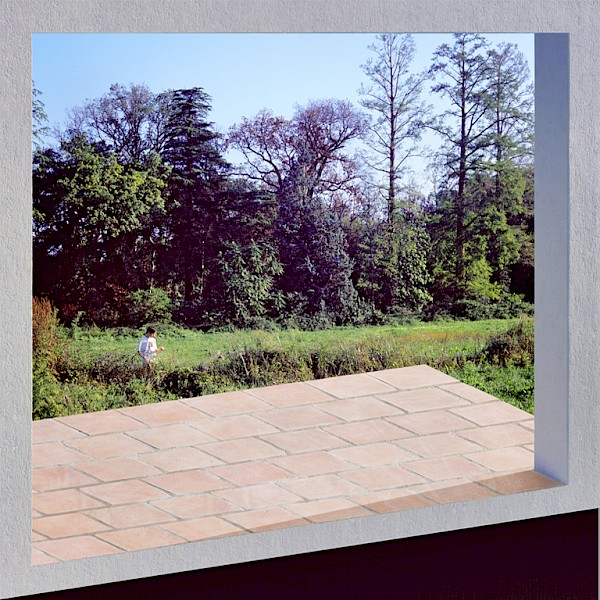 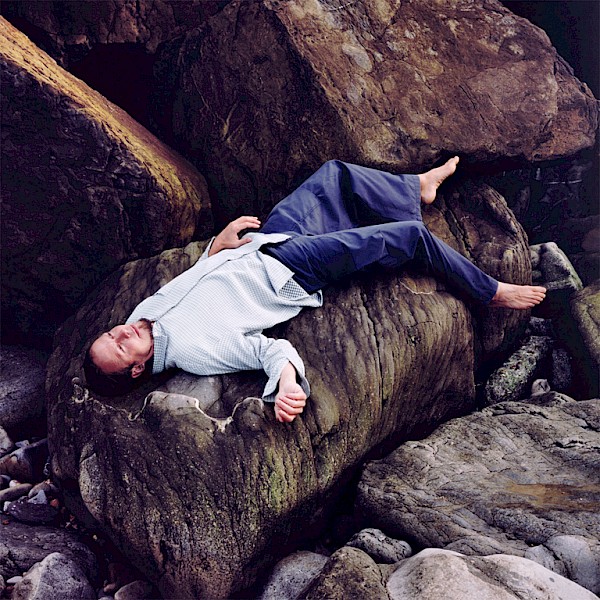 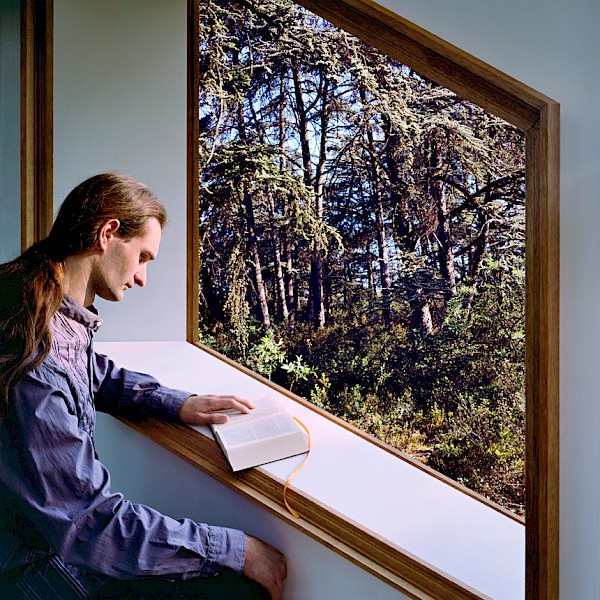 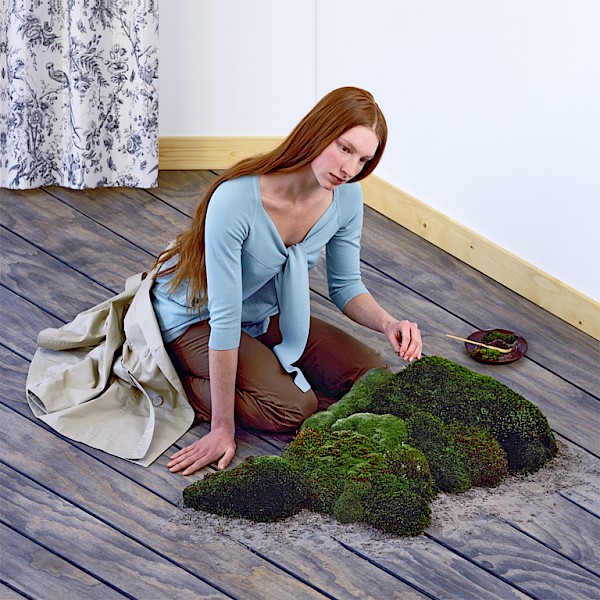 In the series Sceneries the optical perspective of photographic images is manipulated to create a spatial illusion. Each of the five photographic works in light boxes, shows a figure performing an action in a very specific place, but looking away with an absent mind. For four of the photos perspective set was build based on the principles of axonometry, known for example from Japanese woodcuts. This results in images in which all lines of sight are parallel and where there is no vanishing point.

This can be seen, for example, in the photograph A Girl Making a Model of a Landscape. A girl has taken off her coat and is sitting on the floor in a domestic interior. Behind her hangs a curtain with a floral design. She is making a miniature mountain landscape out of moss and sand. The girl seems lost in thought, her gaze turned inward, she dreams away with her eyes open. Axonometry is used in this work to depict the unresolved tension between the physical world and the inner world of the girl. What is fascinating in axonometric perspective is that it is not faithful to appearance, to how one actually sees things but rather is related to images as one visualizes them in one's thoughts and memories.