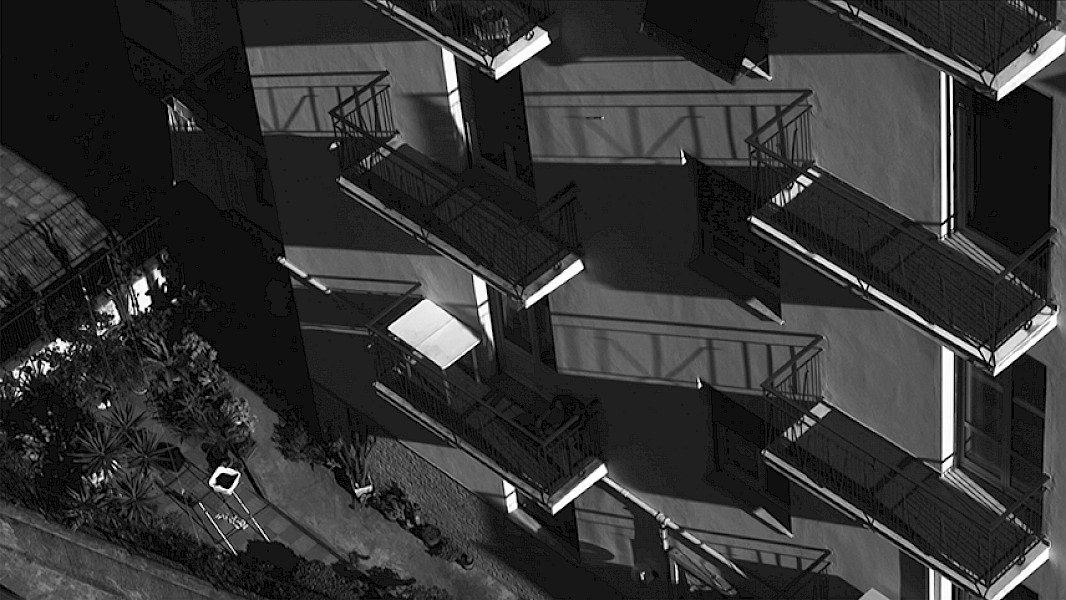 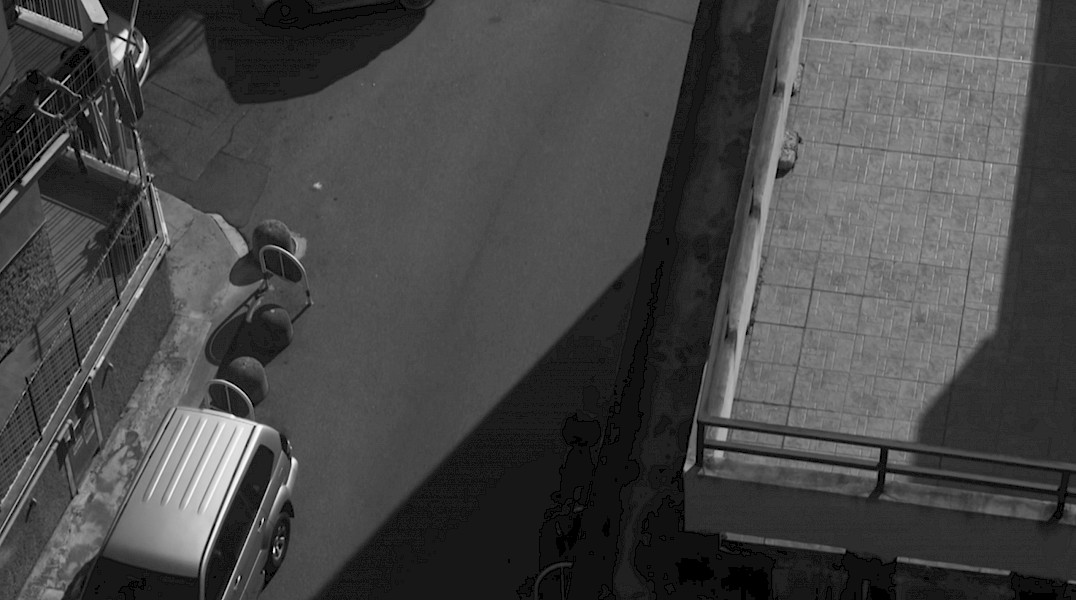 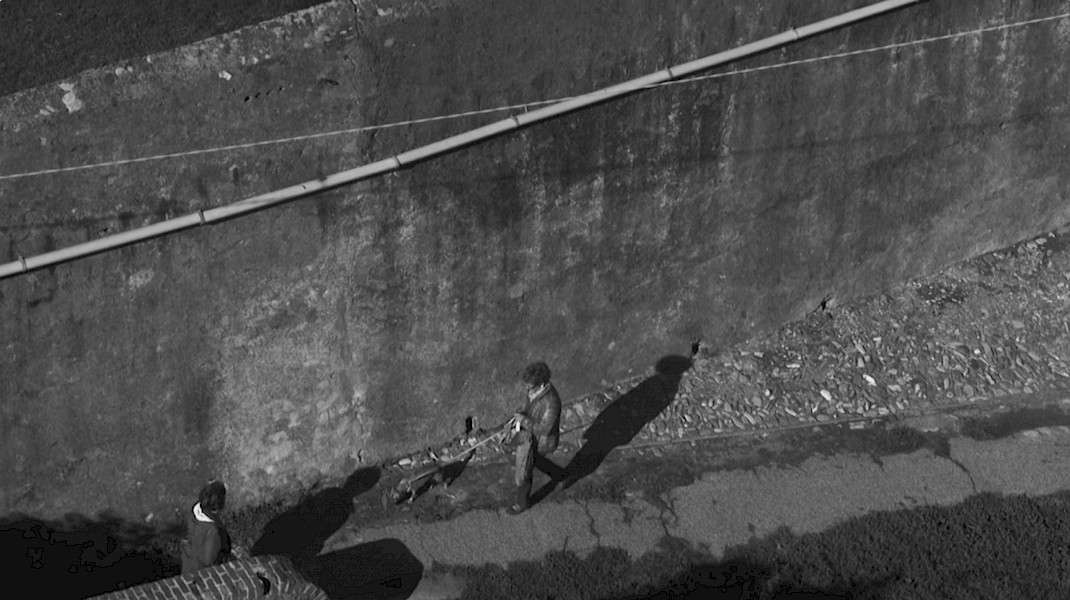 Planar (HD, 8.54”,”) a black & white film, shot from a balcony in Genua, scans the surface of the city. Playing with connotations of surveillance drones and ‘Film Noir’ the long lens seems to act on human presence but follows nobody.

The images do not tell a descript story, the slow pans show the streets below in detail, but fail to give any sense of place. By disconnecting the top shot from its attachments I play with aesthetic expectations and supposed technology.

Vertigo is my ongoing research on the extension of our perception through technological progress and its implications on visual culture. Since we can virtually look from every high vantage point (with the help of drones and satellites) linear perspective and monocular rendition start to lose their universal self-evidence. The time has come to reset the paradigms of visual culture. I explore alternative ways of seeing that go beyond our anthropocentric look at the world.
1 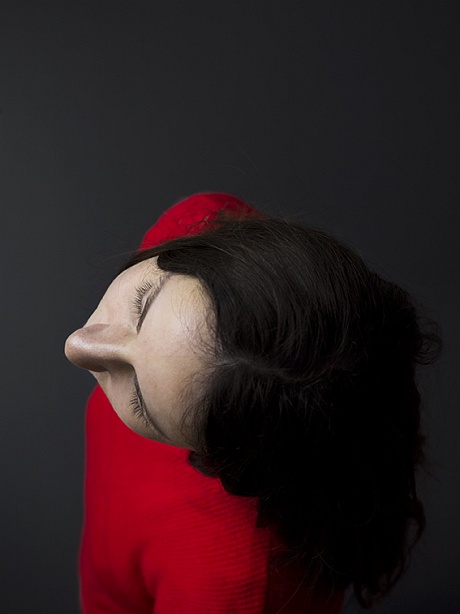