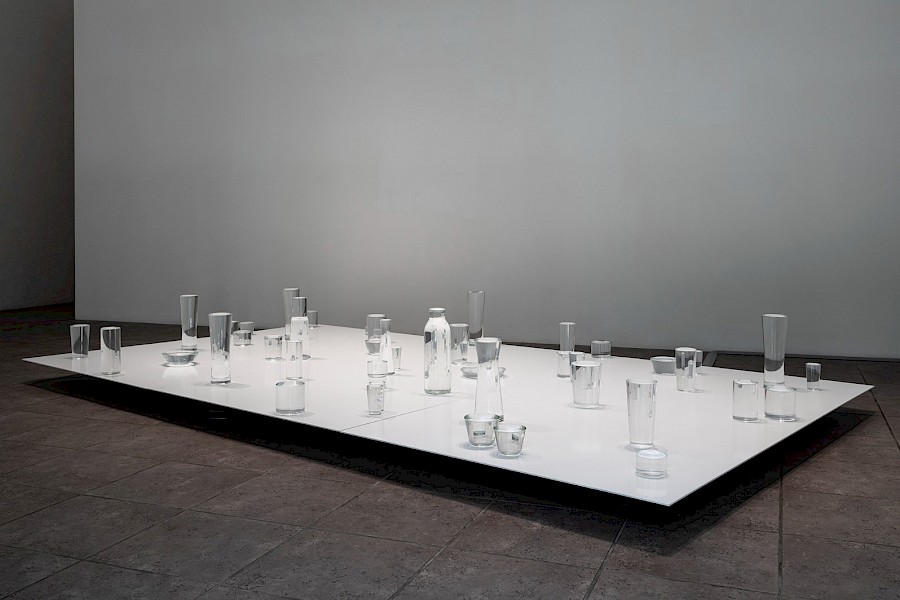 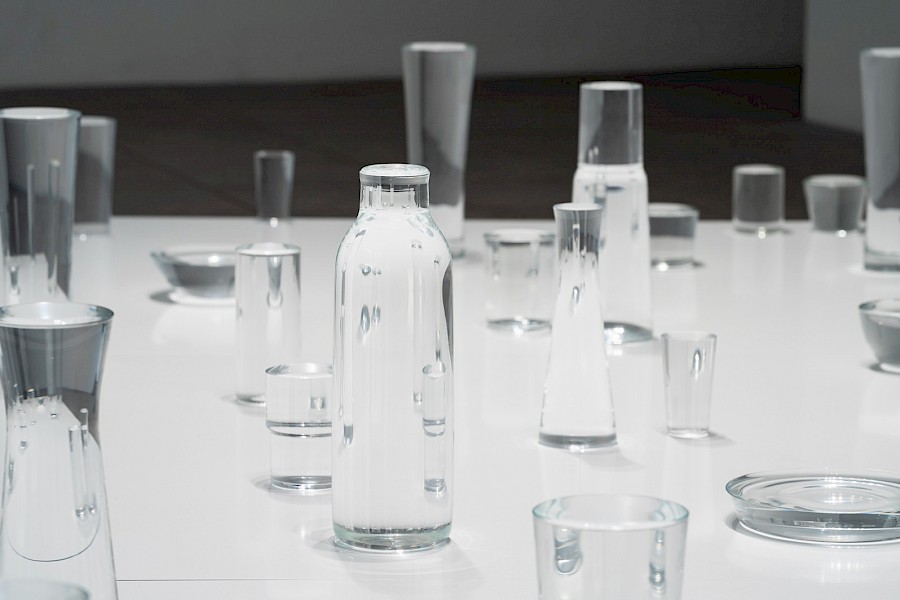 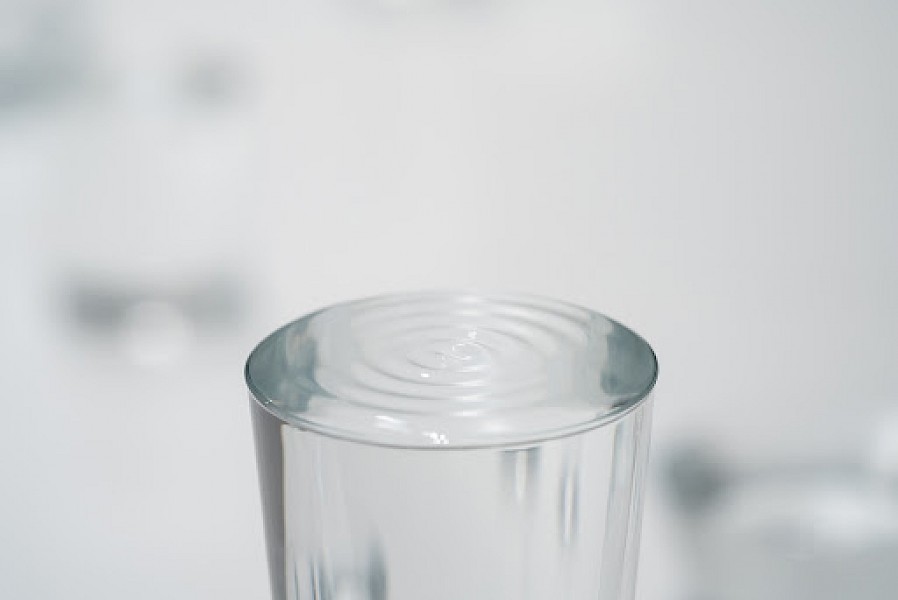 In this artwork various types of glass containing water stand together on top of a metal plate. The water is ice collected by Kamimura from drift ice when he was making field recordings of it in the Sea of Okhotsk from February to March 2019, and which has been artificially melted. Sometimes, a reflection is shed on the floor from outside lights; it is a transparent appearance that creates a quiet landscape in the exhibition space. However, when you look at the water's surface you can see indistinct ripples of waves caused by vibrations. This is by means of the low frequency sounds produced as part of the process of drift ice rubbing against each other and falling apart, as recorded by Kamimura within the sea using a hydrophone and underwater microphone. This low frequency is beyond the audible range range of humans, and can’ t really be heard clearly. However, the ripples of waves within the glass tell a visual tale of the slow collapse (past collapse) of drift ice, even if it is beyond the scale of human perception.
‘Phantom Power’ alludes to the power system which supplied power to the microphone when it was recording. This electric current is extremely feeble, but it is essential in order to activate the microphone which is well attuned to capturing changes in tiny sounds. This artwork, which has been named after a power system, appeals to us to see, as a power supply in order to give us acute perception, the signs and energy of internal collapse and change in the environment that is truly happening (and has happened) at the bottom of our living world, and which usually we don’ t recognize.
3

Yoichi Kamimura
Born in 1982 in Chiba Prefecture, Japan. Drawing chiefly upon his field recordings, Kamimura experiments with methods that draw upon sight, hearing, and other senses to perceive different scenes. His extensive body of work includes sound installations, paintings, video works, sound performances, and audio-works – unveiled in venues both within Japan and abroad.