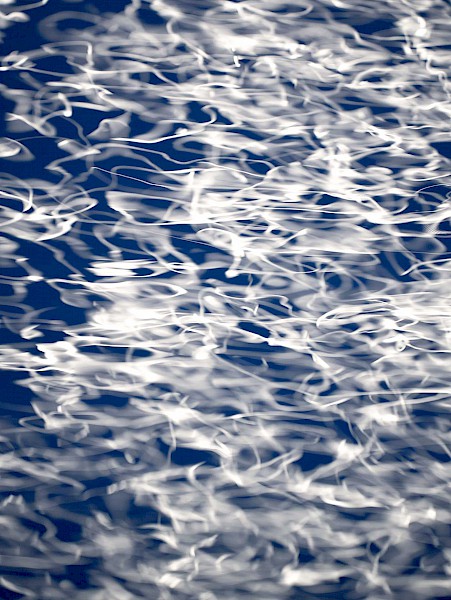 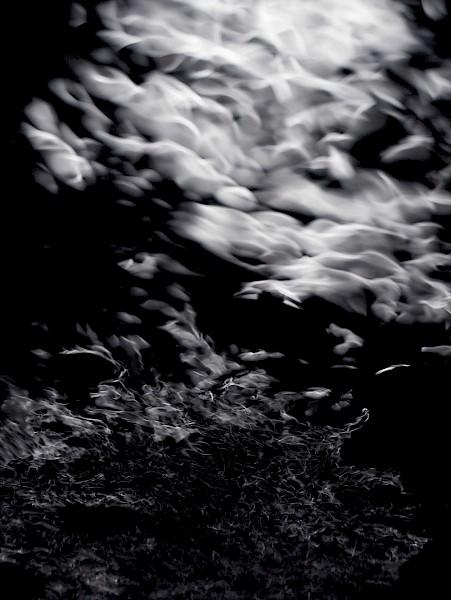 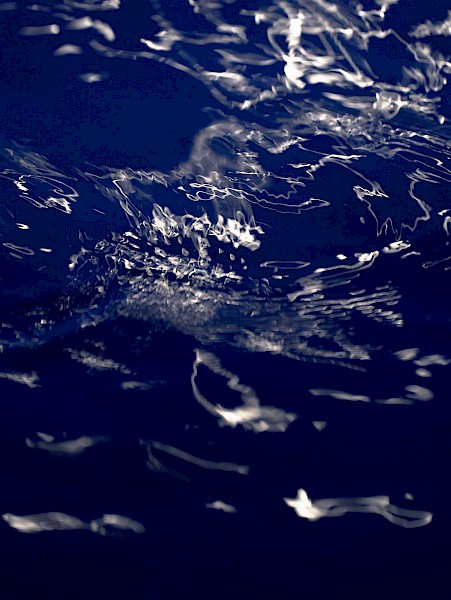 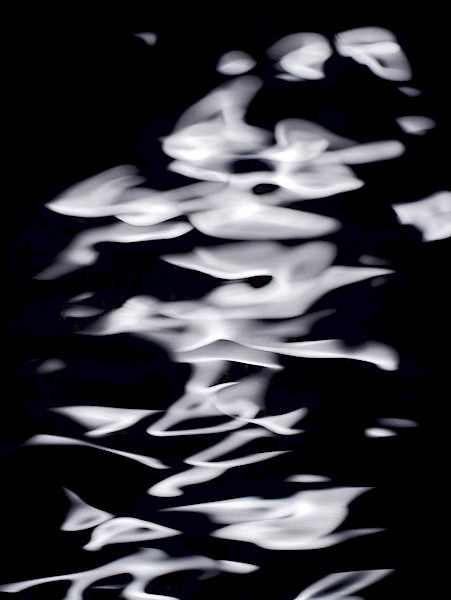 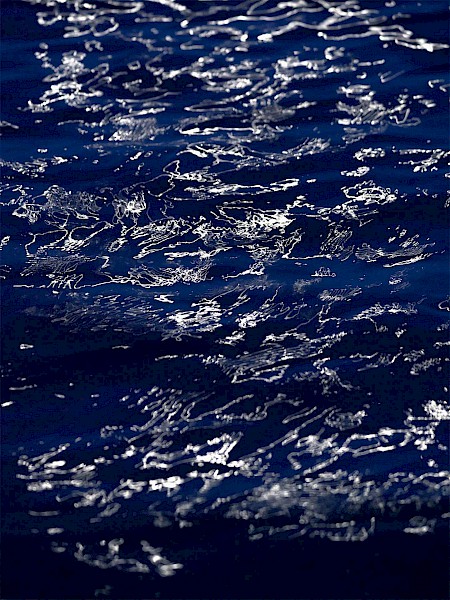 The photo series One Moon in a Thousand Seas depicts the infinite play of moonlight on the sea surface. The photos show successive reflections of the moon on the water, from a single point of light to increasingly intricate figures and characters, depending on the swell of the sea. The images balance between abstraction and figuration, between photography and calligraphy, stimulating a more direct experience of the image beyond references such as language, codes and signs.

The title for this project comes from the ancient Buddhist idea of 'the moon in a thousand ponds': When we look at the reflection of the moon in the water, we experience this as the only reality forgetting the other millions of appearances that the same moon brings about elsewhere at exactly the same time. The realization that there is always a tension between what we as humans see, what we experience and what we know encourages us to see the world as a dynamic and ever-changing whole of which we are only a part.
1