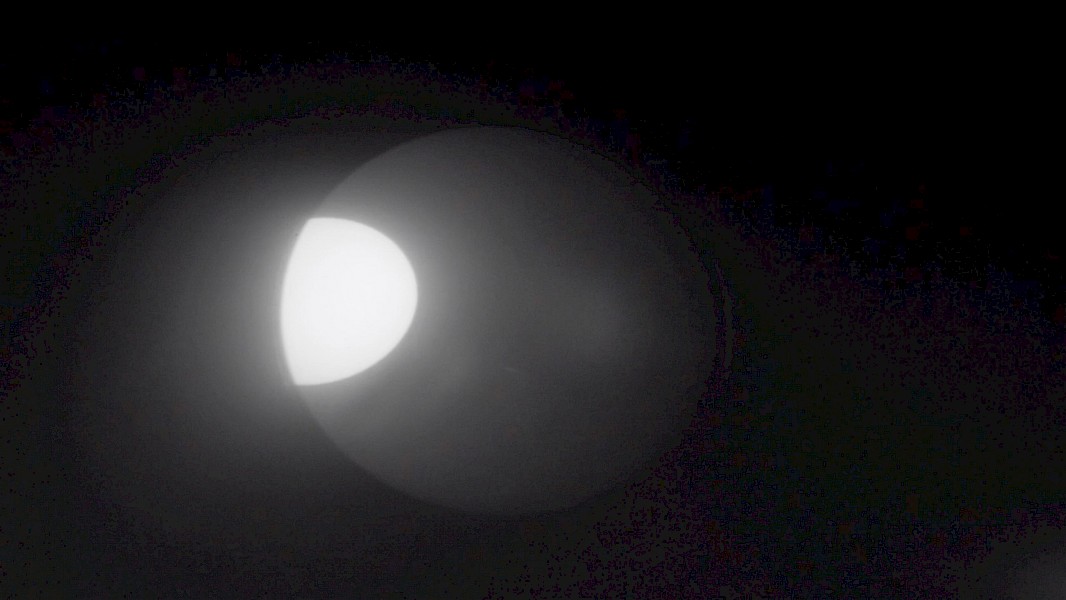 Anouk De Clercq (1971, BE) is an artist and researcher driven by the synergy between (video) art, music, performance, and installation. For her film work It she collaborated with artist-photographer Tom Callemin (1991, BE). Their respective artistic views hover in a black-and-white world, in the realm of the scarcely possible and the barely visible, fascinated by what light is able to reveal. In It, a blind narrator guides us through the dark, through a solar eclipse temporarily turning day into an uncanny twilight zone. The blind man apparently has to make us – seers – aware of the physical impact of this cosmic event that we seem to overlook easily, ‘blinded’ as we are by assuming this spectacle is meant ‘for our eyes only’. The blind man, equipped with a different sensory palette, detects this short-term derangement of the world by perceiving subtle changes in temperature, wind speed, heat, humidity, and the tender whistling of birds. Holding his breath, just like us, the blind man awaits the rebirth of light.
2

Anouk De Clercq
Anouk De Clercq explores the potential of audiovisual language to create possible worlds. Her recent work is based on the utopian idea of 'radical empathy'.