Seeing without a Seer: Escherichia coli is a bacteria found in the human gut and a “model organism” for scientific research around the world. The variety shown here was genetically engineered to be the first living photographic biofilm. It is made by connecting a light-detecting gene from blue-green to a gene in E. coli that produces pigment. In order to “take a picture,” an image is projected onto a live culture of the biofilm: cells in the dark produce pigment, while those in light do not. After 12-15 hours, a living photograph has been produced at a resolution of 100 megapixels per square inch, or about 100 million bacteria per square inch.

Engineered by undergraduate students for a science competition, the first picture taken using this biofilm spells out “Hello World,” a tribute to a tradition in computer programming. The biofilm image above is on view at the Center for PostNatural History, loaned by the lab of Dr. Andy Ellington.
0 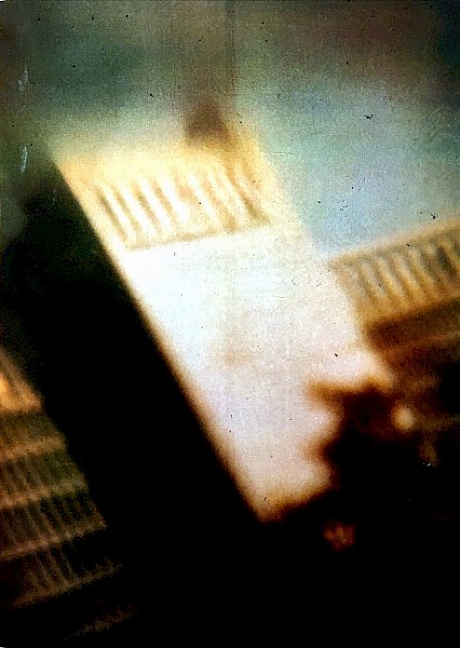