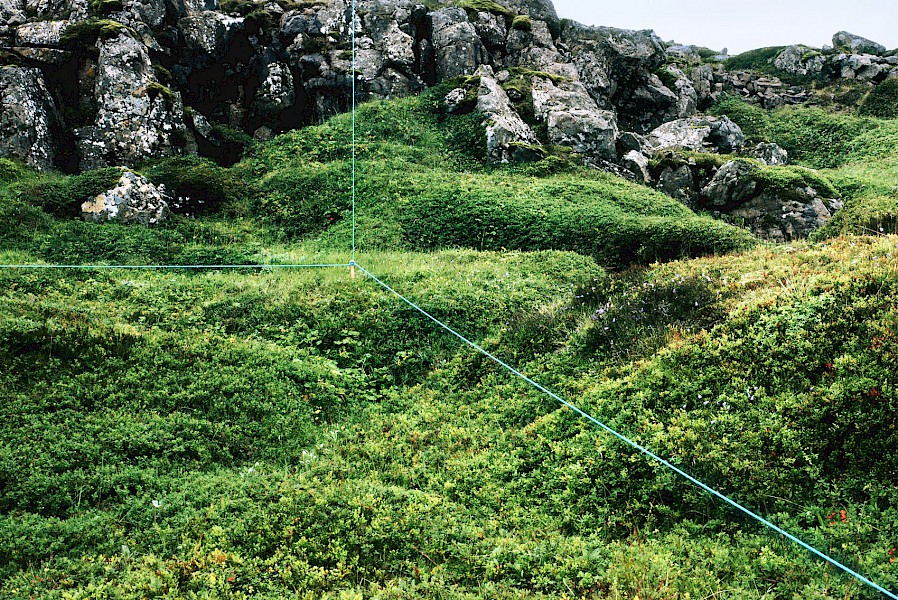 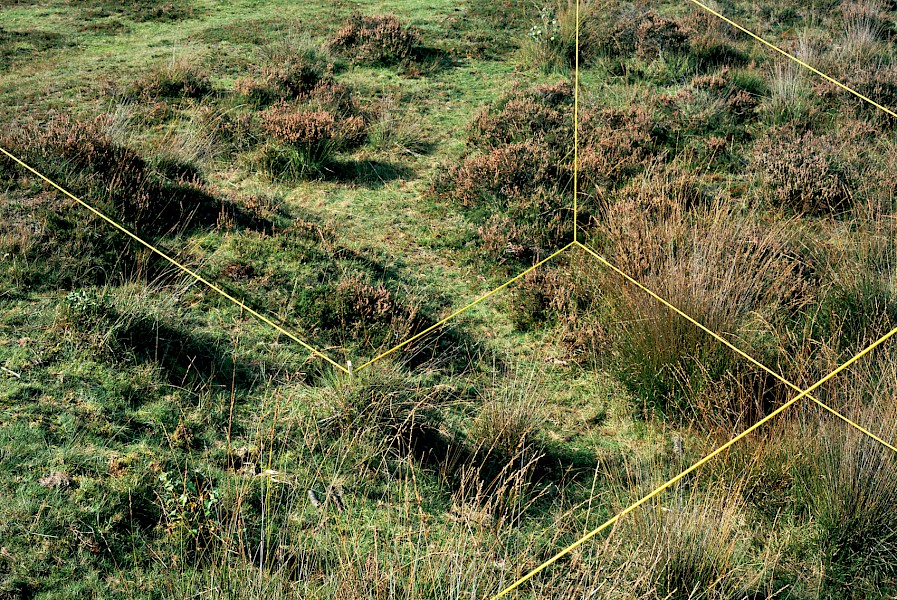 In photographs of nature scenes, geometric figures have been stretched with yellow ropes to mark a space in the landscape. The ropes provide the viewer with a foothold in nature, but also bring about a confrontational game between our optical perception (which coincides with the photographic representation) and the alienating tilted axonometric representation of the rope models.

The axonometry in Field Experiments I, II and III, shows space from an elevated, slanted vantage point where all lines of sight are parallel. The gaze is not drawn to one vanishing point as it automatically is with linear perspective. Axonometry does not presuppose a fixed position of the viewer: the viewer is everywhere and nowhere at the same time.

In a fourth experiment, entitled Master of Perspective, linear perspective isn’t abolished at all, but is presented in a visual overdrive. This work is inspired by illustrations in perspective treatises from the early Renaissance. It shows the 'perspective master', supporting a construction made of tightly stretched ropes in a vast polder landscape. The ropes accurately follow the lines of the optical perspective and emphasize the abstract, geometric and confined character of the Dutch landscape of which writer Aldous Huxley wrote: "A tour in Holland is a tour through the first books of Euclid. [...] Ineluctably, the laws of perspective lead away the long roads and shining waters to a misty vanishing point".
2