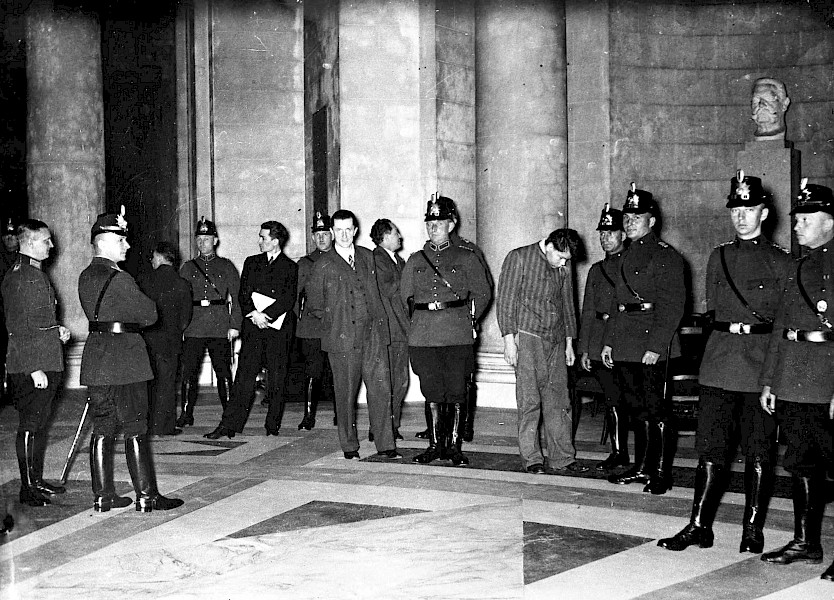 A nearly forgotten figure with a curious course of life; Marinus van der Lubbe, the Dutch communist who in 1933 was sentenced to death by the Germans, as the alleged arsonist of the Reichstag in Berlin. When the Nazis used the arson to violently deal with a range of political opponents, it unleashed the irreversible advance of Hitler’s party, the NSDAP. Van der Lubbe died of decapitation on 10 January 1934. Does this photo, showing a cracked Van der Lubbe moments before the mock trial, not say a thousand times more than the spectacular view of the burning Reichstag?
0