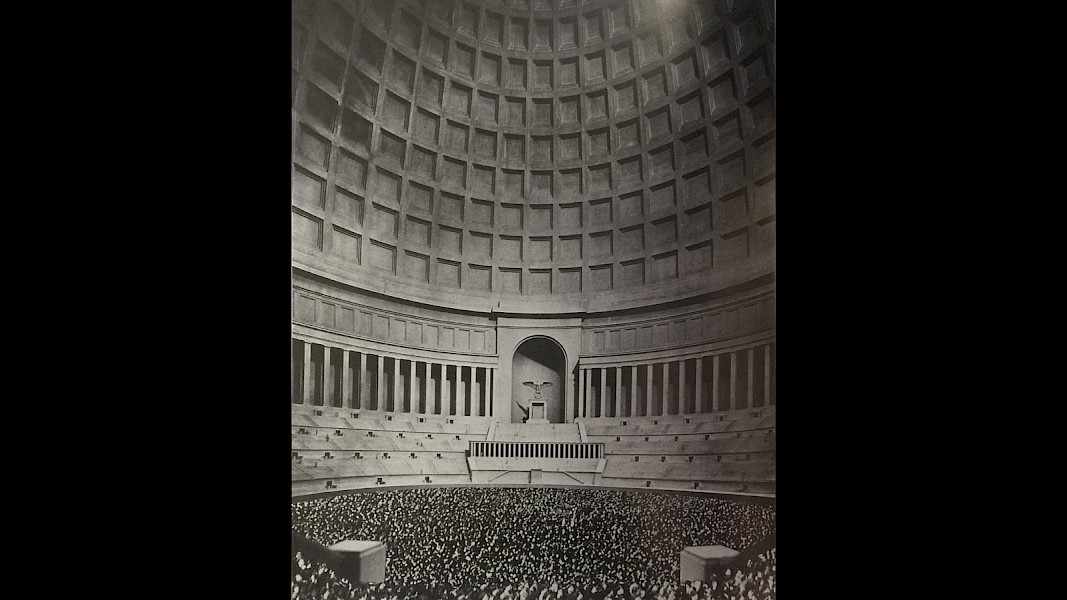 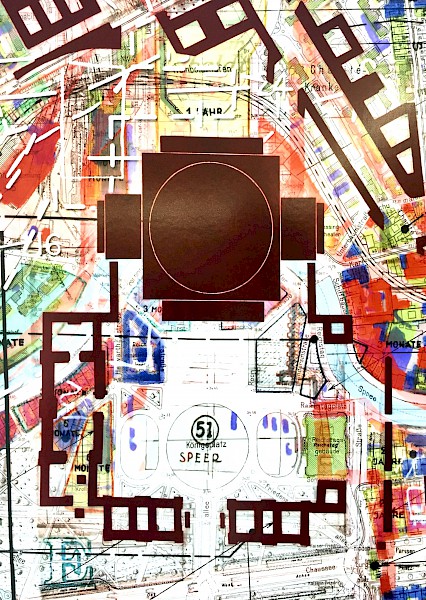 In the 1930s Adolf Hitler was at the height of his power. Hitler envisioned Berlin as the capital of a new global empire, and - together with his favorite architect, Alber Speer - he embarked on a massive urban redesign project. The centerpiece of this project was to be the massive Volkshalle, a dome so immense it could have comfortably housed St. Peter’s Basilica inside it.
.
Construction of such a gigantic structure presented numerous problems, the biggest one being that Berlin was founded on a swamp. In order to estimate the ability of its soft underlying soil to sustain the weight of their planned dome, the Nazis decided to conduct an experiment. In 1941, they built a huge concrete cylinder, 18 meters high and weighing about 12,650 metric tons. If this “Schwerbelastungskörper” (German for “heavy loading body”) sunk less then 6 centimeters, the soil would be deemed solid enough to sustain the dome. In fact, the cylinder sank over 18 centimeters in three years.
.
Never one to let empirical evidence stand in his way, Hitler decided to disregard the results and build the enormous Volkshalle anyway. But weight wouldn’t have been the only problem with the dome. It is believed that the hall’s acoustics would have made communication within it almost impossible, and that the building would have had its own “weather,” including indoor rain. In the end, Hitler’s defeat prevented this doomed project from even being started.
.
The enormous cylinder stood too close to several blocks of apartments to safely demolish after the war. So the Schwerbelastungskörper stood where it was. Since 1995, it has been protected as a historic monument.

For this particular post I was inspired by Susanne Kriemann's work 12.650.000 (2008, that also formed one of the works on display at the show Questioning History that I curated for the Nederlands Fotomuseum, Rotterdam (2008 - 2009).
0