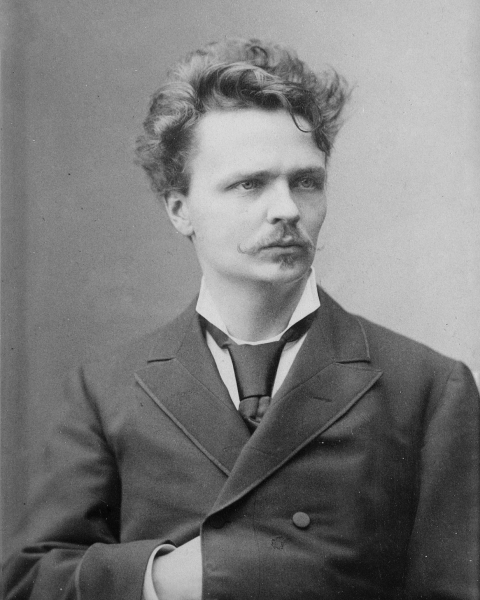 Johan August Strindberg(1849 – 1912, Sweden) was a Swedish play wright, novelist, poet, essayist and painter. A prolific writer who often drew directly on his personal experience, Strindberg's career spanned four decades, during which time he wrote over sixty plays and more than thirtyworks of fiction, autobiography, history, cultural analysis, and politics. A bold experimenter and iconoclast throughout, he explored a wide range of dramatic methods and purposes, from naturalistic tragedy, monodrama, andhistory plays, to his anticipations of expressionist and surrealist dramatictechniques. From his earliest work, Strindberg developed innovative forms of dramatic action, language, and visual composition. He is considered the "father" of modern Swedish literature and his The Red Room has frequently been described as the first modern Swedish novel. In Sweden, Strindberg is known as an essayist, painter, poet, and especially as a novelist and play wright, but in other countries he is known mostly as a play wright.
bio

Sensitized photographic plates directly exposed to the night sky by August Strindberg. This automated process excludes the viewer (as subject), the lens (as medium), and a concrete motif (as object), but opens new registers of abstract, speculative looking and thinking.